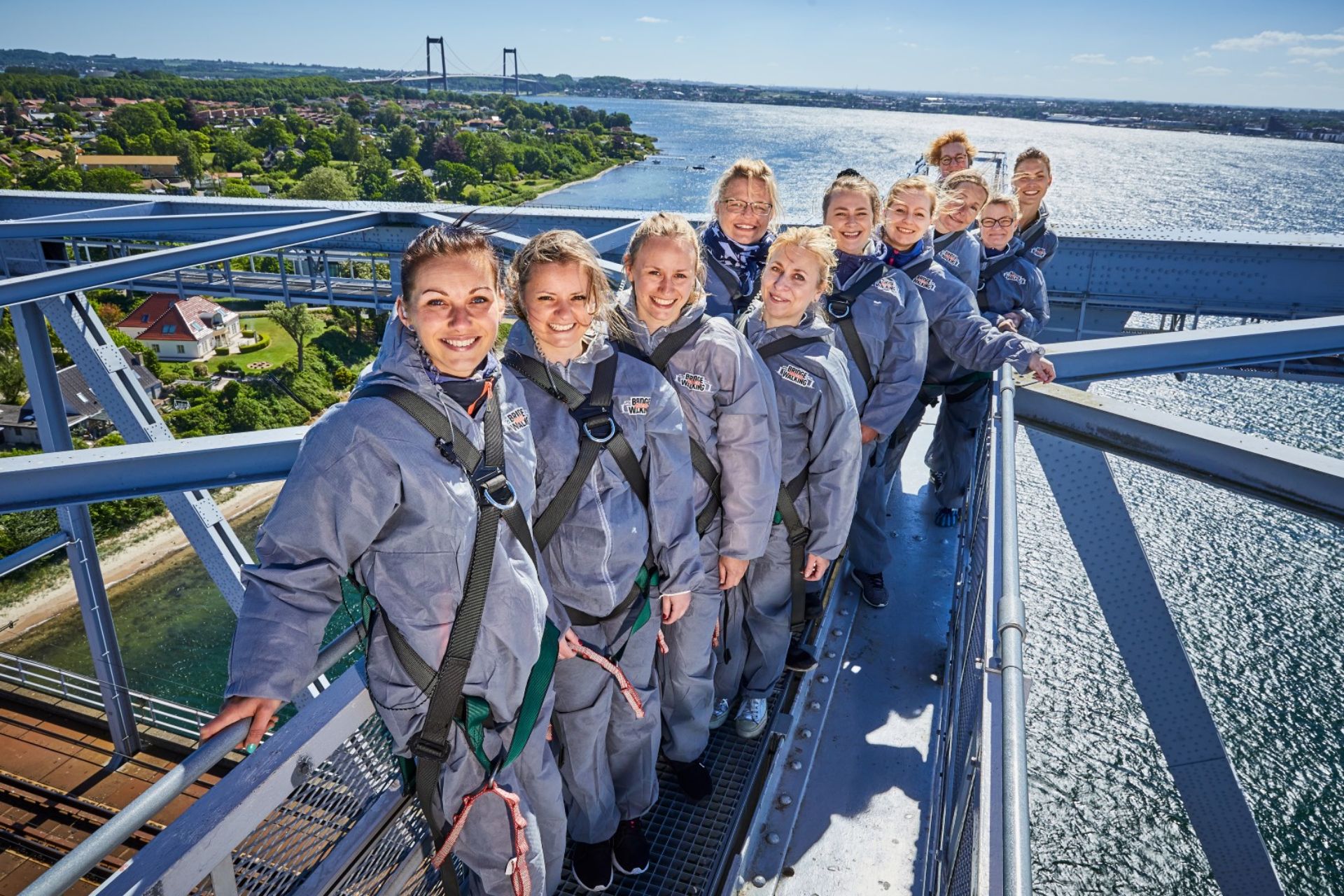 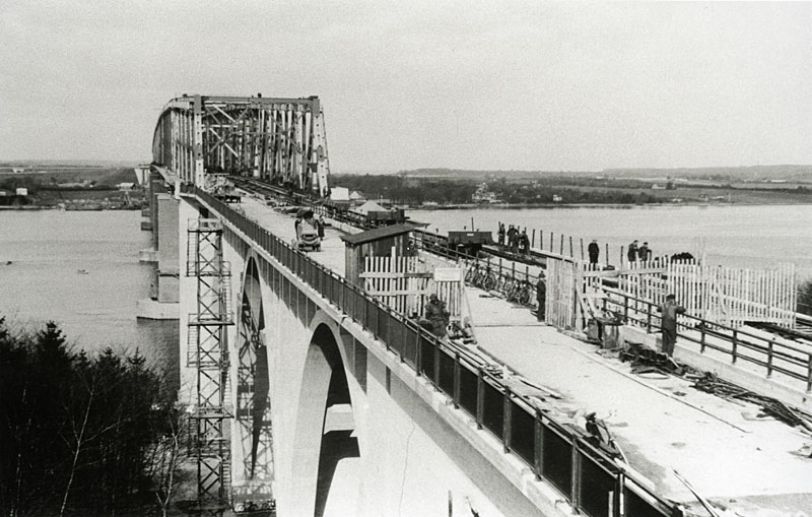 The Little Belt is 125 km long and connects the Baltic Sea with the Kattegat. Until 1935, you had to sail across the belt to and from Jutland. The Little Belt is 30 km at its widest point, while the narrowest point is at Snoghøj and is 712 metres.

It was Anker Engelund who, in 1923, was responsible for drawing up a draft project for a bridge across the Little Belt and later managed the large project.

The chosen solution was a cantilever bridge, which means that it became a lattice bridge resting on the piers according to an equilibrium principle. The bridge had five openings over the water. The main technical problem was the foundation of the four piers. The strong current in the belt can change from north to south within half an hour, and no fixed scaffolding could be used due to the water depth, current conditions and ice problems in winter.

The competitive tender was issued in May 1928, after which 44 companies requisitioned the State Railways’ project, and 23 European companies submitted tenders. The tender comprised of three parts: Piers, steel superstructure and land piers with connecting spans.

The State Railway’s tender won as both the cheapest and most appropriate project in terms of piers and end span. Contractors Monberg & Thorsen won the tender for the steel superstructure with a tender of DKK 18,496,713, and this was DKK 1.5 million cheaper than the next cheapest tender.

Monberg & Thorsen’s tender was drawn up in collaboration with three German firms, and DSB formed a joint company, “International Bro- og Staalkonstruktion”, a condition for awarding the contract. This made all four companies mutually liable for compensation regardless of where in the construction process delays would occur.

The construction of the bridge

The Old Little Belt Bridge rests on four piers, the lower part which is called a caisson, and the caisson solution was developed during construction.

100 workers and carpenters were employed to build the caissons, which are a reinforced concrete structure that was cast on land.

After the lower part of the caissons were completed, they were placed in the water on the coast, after which the upper part was built before the caissons were placed in the Little Belt. The piers were then cast on top using a liquid concrete casting machine. The finished piers were about 70 metres tall, of which about 40 metres are underwater. A steel bracket for mounting the superstructure was cast into the top of the piers. 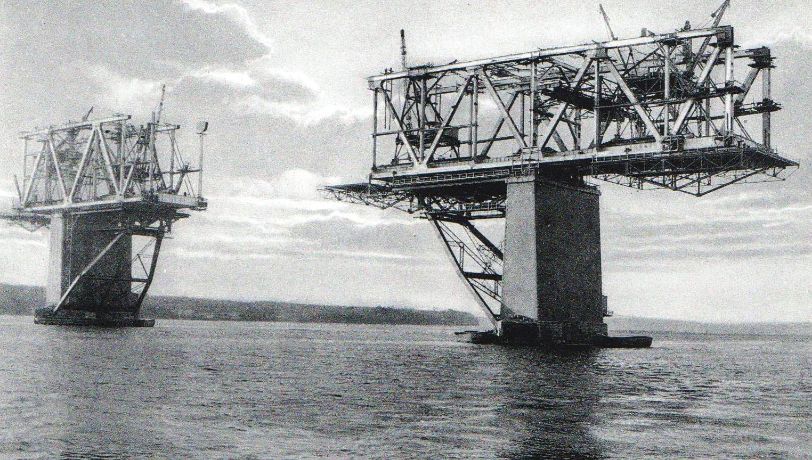 All steel parts had been sandblasted, primed and painted four times before the parts were sailed out to the piers and hoisted up to the assembly teams.

The Old Little Belt Bridge was built before welding was still used for large structures. Therefore, all the steel is riveted together, and over 2 million rivets were used for the bridge. The riveting required three men: the rivet heater to hold the rivet, the holder provided the backstop, and a riveter did the actual riveting with a pneumatic hammer.

With the location of the bridge, railway extensions became necessary. This was extensive work in Fredericia when it was decided that Fredericia Railway Station should have a new location – outside the ramparts instead of at the harbour. A 12 km extension was built, and the new station measured 70 hectares.

The work in Middelfart was not to such a large extent. The railway was extended by 4.3 km, and the railway station was placed in the middle of the new stretch.

Watch the video about how the bridge was built

Buy your tickets for Bridgewalking here

Facts about the bridge